Look at this week's post for a deep dive into the 2022 season! 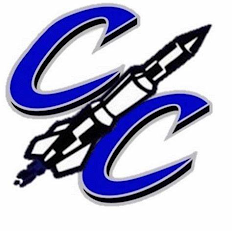 Brought to you by KB Pharmacy in Marion, Ky.
Pharmacists Mike Keller and Bradley Boone

LOUISVILLE, Ky. – In the state quarterfinals where many Rocket football teams had gone to die over the decades, Crittenden County found late life against Holy Cross. Yet it was far too little, too late as echoes of the past came calling.
The Class A regional championship was largely decided in the second period when two big plays and too much of Cougar Jayse Hardesty left Crittenden trailing 17-0. It would have taken the largest comeback in history – literally – for the Rockets to find victory in the Final 8 this time. It simply wasn’t to be as Holy Cross wrapped up a comfortable early lead with a 24-12 victory.
Two long plays, both involving Hardesty, put Crittenden in near insurmountable position in the first half. History tells us that it was more than the Rockets could overcome. Only once ever – earlier this year in fact at Liberty Creek – had CCHS overcome a two-possession deficit, much less 17 points.
Hardesty caught a 65-yard scoring strike, ran for a 74-yard touchdown and kicked a 38-yard field goal to put his Cougars ahead 17-zip at the break. He finished with 105 yards receiving and was a big part of Holy Cross’s ability to move the chains consistently for the first three quarters while it built a 24-0 advantage. Senior Cougar quarterback Chris Perry and senior running back Tyler Ballard did the rest of the damage.
Meanwhile, the Rockets struggled up front to slow the unrelenting pressure from the Holy Cross defense. CCHS junior quarterback Micah Newcom had scarcely little time to get into a passing rhythm, but still managed to complete 15-of-25 for 203 yards, mostly on quick, short gainers. He was sacked six times and intercepted twice. A fumble in the third quarter hung a third turnover around the Rockets’ neck. The troubles were just too great.
Although there was clearly too little time for a comeback, Crittenden never threw in the towel late in the second half and scored the game’s final two touchdowns. Newcom ran for one and senior Case Gobin connected on a double-pass play with freshman Caden Howard for 62 yards to cap the contest.
Ten times the Rockets have been to the Class A state quarterfinals, only three times have they broken the tape – in 1963 over Murray when the playoff system was different, 1985 during a state championship run and in 2008 when CCHS head coach Gaige Courtney was a senior linebacker. That team beat Mayfield to hoist the regional hardware, but lost in the semifinals to Beechwood.
“I am just proud of the guys like I always say,” Courtney said after the game. “They’ve been a joy to coach. They did a lot of things, went a lot farther than anyone thought they would.”
The Rockets were unranked all season.
Courtney said Holy Cross was a physical football team and its hardiness wore on his squad, particularly in the second half. But the Rockets still managed to put a finish on it.
“We’ve been down in games, but they never let it stop them. We were down tonight, but kept fighting back,” he said. “I am sad for them right now, but myself I’m proud of them. I’m as proud as I could be to be their coach.”
Holy Cross, ranked No. 9 in Class A, will play next week in the state semifinal round at No. 2 Raceland. See Class A Playoff Bracket. No. 1 Pikeville will host No. 3 Newport Central Catholic.
SCORE BY QUARTERS
Crittenden 0 0 0 12
Holy Cross 0 17 7 0
SCORING PLAYS
HC-Jayse Hardesty 65 pass from Chris Perry (Hardesty Kick) 11:05, 2nd
HC-Hardesty 74 run (Hardesty kick) 7:36, 2nd
HC-Hardesty 38 field goal, 0:00, 2nd
HC-Perry 1 run (Hardesty kick) 6:11, 3rd
CC-Newcom 4 run (pass failed) 4:29, 4th
CC-Caden Howard 62 pass from Case Gobin (pass failed) 1:05, 4th
TEAM TOTALS
First Downs: CCHS 11, HCHS 14
Penalties: CCHS 3-15, HCHS 11-94
Rushing: CCHS 20-30, HCHS 32-224
Passing: CCHS 16-26-2, 203; HCHS 8-14-1, 169
Total Yards: 233, HCHS 393
Fumbles/Lost: CCHS 2-1, HCHS 1-0
INDIVIDUAL STATISTICS
Rushing
CCHS: Newcom 14-2, Tyler Belt 2-14, Gattin Travis 3-7, Kaleb Nesbitt 1-7. HCHS: Perry 17-76, Tyler Ballard 13-61, Jamari Pennebaker 4-14, Hardesty 1-74.
Passing
CCHS: Newcom 15-25-2, 141, Gobin 1-1-0, 62. HCHS: Perry 8-14-1, 169.
Receiving
CCHS: Preston Morgeson 4-40, Howard 5-85, Rowen Perkins 3-35, T.Belt 1-5, Kaleb Nesbitt 3-38. HCHS: Hardesty 4-105, Joey Foushee 3-55, Rolen Royse 1-9.
Defense
Sam Impastato solo; Case Gobin 5 solos, 6 assists; Kaleb Nesbitt 8 solos, 3 assists, TFL; Rowen Perkins 2 solos; Briley Berry 9 solos, 6 assists; Preston Morgeson solo; Seth Guess 3 solos, 3 assists; Gabe Keller assist, interception; Gattin Travis 2 solos, assist; Bennett McDaniel 2 solos, TFL; Tyler Belt 4 solos, assist; Grayson James solo, assist.
Players of the Game: Offense Micah Newcom, Defense Briley Berry, Lineman Zach Counts, Special Teams Rowen Perkins.
Records: Crittenden 8-5, Holy Cross 10-3
WATCH GAME REPLAY ON YOUTUBE
Posted by Rocketland News & Notes at 10:12 PM 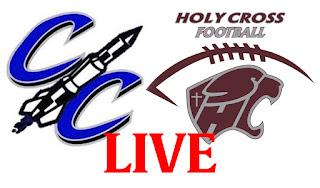 AT A GLANCE: The Cougars of Holy Cross

Find out the significance of the last time the Rockets played at Holy Cross along with what records are close to being eclipsed! 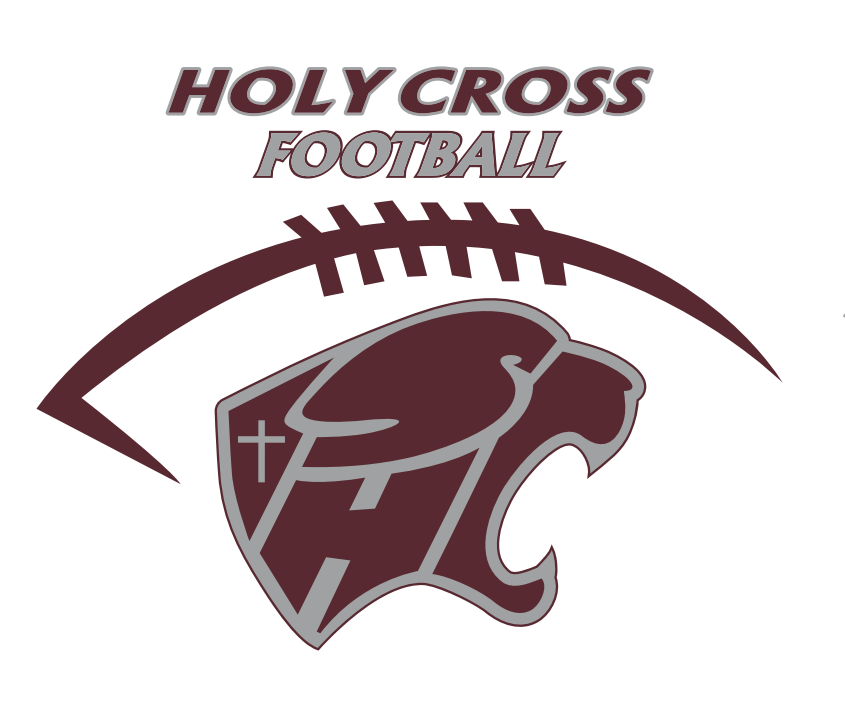