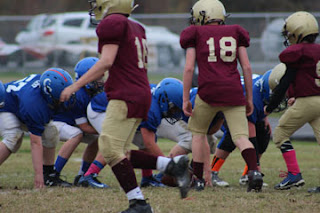 Kickoff for the first games will be at 9am. Both of Crittenden County's teams will play in that early session. Two games will be played simultaneously on the either end of the football field. The final game of the day is scheduled to begin at 11am.

Teams from Trigg, Union, Caldwell and Webster counties will be participating. These are players in grades third through sixth.