MARION, Ky. – Coach Sean Thompson must have felt like a man driving a new Ferrari.

With a new skipper behind the wheel for the first time in nearly three decades, the high-performance Rocket offense was tapping on all cylinders Friday when it opened the season and a new football era with a sizzling 42-6 win over Stewart County, Tenn.

Crittenden’s offense, behind senior quarterback Hunter Boone, rolled up 300 yards, almost all of it in the first half en route to a running clock after the break.

Meanwhile, the Rebels looked like an unlicensed driver wobbling atop a flimsy skateboard on the busy Rocket freeway. Crittenden had the pedal on the floor through the first 24 minutes, going from zero to 42 in no time flat. The Rockets scored on every possession of the first half and then some. Senior safety Branen Lamey got the defense involved when he returned an interception 50 yards for a touchdown.

Boone connected on scoring strikes to Ethan Dossett and Payton Riley in the first half, including a little trickery – a flea-flicker that started with a handoff to Nesbitt then ended up in Riley’s hands on a 73-yard bullet pass from Boone. Nesbitt rushed for 121 yards and two touchdowns.

Coach Thompson, the first CCHS alumnus to ever lead the Rocket football team, was all smiles as his race car revved up in the opener. He says that’s just what he’d hoped for in the beginning.

“There was so much excitement from them at the start. I don’t know if I expected it to be like that because we’d had a tendency to start slow (in two scrimmages),” Thompson said. “But there was this amazing feeling with the stands full, the town really showed up and these guys got a push off of that. They responded. If we do that every week, we’ll be a tough out.”

While the Rocket offense was rolling – as most projected – the defense was perhaps better than billed. It picked off two passes (a second one by sophomore Xander Tabor) and senior Gavin Dickerson collected a Rebel fumble deep in Rocket territory. Both set up first-half touchdowns. Sophomore linebacker Tyler Boone had a big sack, throwing Stewart County for a 12-yard loss and the entire defense was on its toes until the reserves took over late.

“These guys came out and had a lot of fun and that’s what we want to see. Sometimes they tend to approach it like a job, but when they play with this kind of passion and have this kind of fun, it’s going to be exciting,” Thompson said.

Crittenden scored all six of its touchdowns in the opening two periods then turned on the auto pilot to finish off the Rebels, who managed to get on the board late, but the Rocket special team blocked their point-after attempt.

Maintaining this momentum will be a challenge for the coaching staff, however, as the Rockets now take a week off with a bye next Friday. They won’t play again for two weeks when Crittenden goes to Trigg County, a 34-20 winner over Monroe County in its opener Friday night. 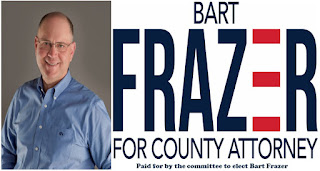