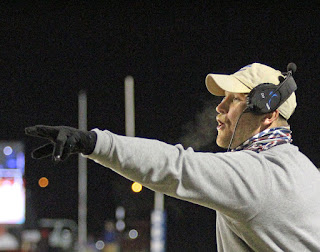 Crittenden County School District has announced that Gaige Courtney has been promoted to head football coach of the Rockets.

A 2009 graduate of Crittenden County High School, Courtney played on the Rockets 2008 football team that advanced to the Class A state semifinals before losing to Beechwood. He went on to play collegiately at Kentucky State University, graduating in 2013 and staying on the staff as a graduate assistant for more than a year.

From there, Courtney spent a two-year assistant coaching stint at Webster County before returning to Crittenden County in 2017 as linebackers coach. He was promoted to defensive coordinator the following season and has led a unit ranked among the state’s best the past three seasons.

“I feel blessed and excited,” Courtney said. “There’s a whole lot of work to do and it’s time to get going.”

Supt. Clark said Courtney’s hiring signals what will be a seamless transition after the recent resignation of former head coach Sean Thompson, who will be going to Paducah Tilghman.

“I am very happy to have someone lead this program that has been part of it and connected to it and who cares about the players and this community,” Clark said. “He understands the culture here, and Gaige will continue the momentum that has been established in our football program.”