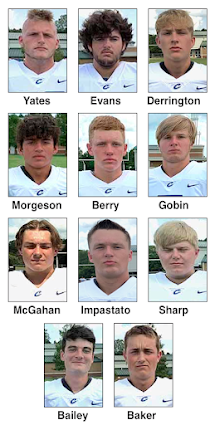 Senior lineman Dylan Yates was selected to the First Team All Conference Team and 10 other Rocket football players were named to the All Western Kentucky Conference team. They were among the players honored at the All WKC Awards Banquet Wednesday at Hopkinsville.